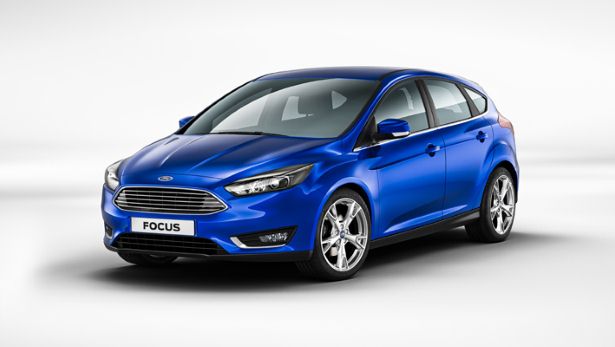 Ford today have reveal their latest car to undergo the nip and tuck procedure, with the release of the new Ford Focus MK3.5, which I suppose makes a change from hearing about the European release of the Ford Mustang, and the incredible Fiesta ST.

The news features a list of changes like no other I have seen before from a facelift change, which includes new suspension and a stiffer chassis, which should hopefully give the Focus back its ranking of an inspirational driving experience, which could be guaranteed in the previous MK1 and MK2 Ford Focus models.

Ford have also released information about a new engine choice for the Ford Focus MK3.5, which includes two new petrol 4-cylinder 1.5 EcoBoost engines, which produces 150bhp or 180bhp respectively – this puts the old MK1.5 ST180 to shame, seeing as a smaller engine is now producing the same bhp as an older 2L engine.

The styling changes on the outside of the Ford Focus MK3.5 are not too dissimilar to the MK3 pre-facelifted model, with a slight revision to the front and rear lights, and also the grill – which thankfully has not taken the influence of the “wide open mouth” look of its yonder brother – the Ford Fiesta.

Inside sees the biggest change, after a mass of complaints about the cluttered look of the pre-facelift model, with buttons everywhere. A lot of these buttons have now been incorporated into Fords new Sync 2 module, an updated infotainment system with, thank goodness, an eight-inch touchscreen.

It doesn’t just end there, as Ford have also incorporated assist technology into the Ford Focus MK3.5, which features ‘Perpendicular Parking’, facilitate hands-free parallel parking alongside other cars, for  those of you who have difficulty reverse parking.