It’s nearly that time of the year again, and I totally forgot to upload pictures I took last year at 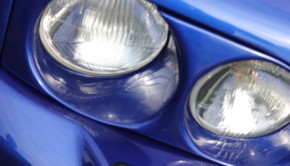 I have been on this quest for a little while now; ever since I turned an old laptop into a